History of the Pan-African Flag 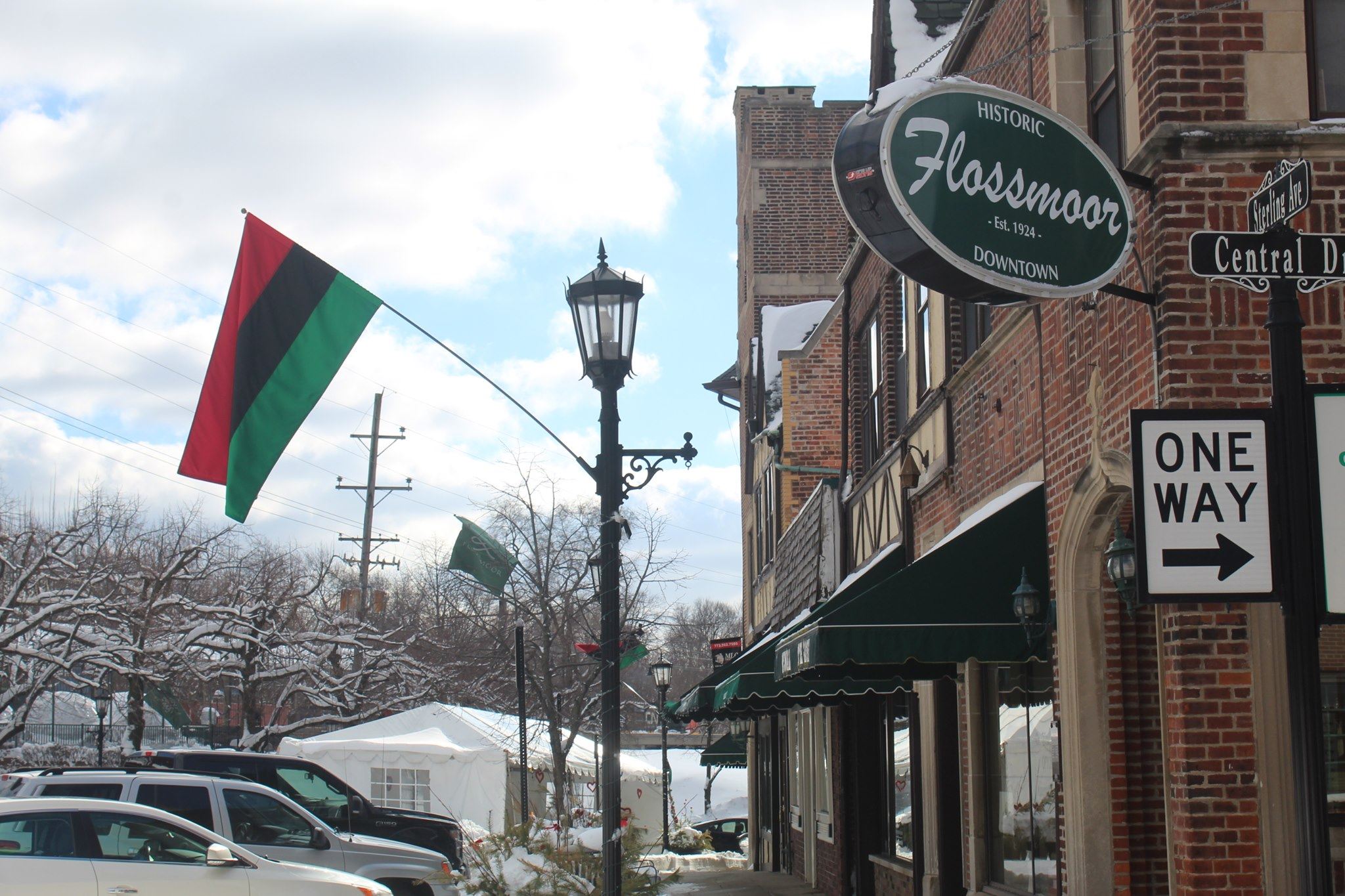 The Village of Flossmoor proudly celebrates Black History Month, a month during which we recognize the

accomplishments and contributions of Black Americans to our national landscape. This month, we display the

Pan African flag (also referred to as the RBG or Black Liberation Flag) throughout our downtown. The colors of

red, black and green, which have become associated with Black History Month, are symbols of solidarity for the

African Diaspora, which means those around the world who share African ancestry.

By taking time to recognize Black History Month, we acknowledge that our community is strengthened by our

diversity and that representation is important. We display the flag as a symbol of pride for Black people, to

strengthen the bonds of solidarity, celebrate our differences, and continue to promote social and economic

progress for Black Americans that has been delayed by centuries of injustice.

To promote self-worth, the red, black, and green stripes of the flag were first drawn in the early 1920s by the

Universal Negro Improvement Association (UNIA) in response to a racist and derogatory song. If Black people

realized the greatness from which they came, they would be less likely to disrespect themselves the UNIA

Over the next few decades, the “Red, Black, and Green” (RBG) garnered support from descendants of African

people worldwide. The flag’s unifying symbolism promotes a cultural and political ideology for the solidarity of

peoples of African descent and the belief that Black people are connected by not only a history, but a destiny.

According to the Universal Negro Improvement Association and African Communities League (UNIA-ACL), the

“the blood that unites all people of black ancestry, and [which was] shed for liberation,” the black stripe

represents “the people whose existence as a nation, though not a nation-state, is affirmed by the existence of

the flag,” and the green stripe represents the land and the “abundant natural wealth of Africa.” The official

national flags of Biafra (1967 to 1970), Malawi, Kenya, and Libya all share the three colored stripes of red, black

and green. For a short while, in 2010, Malawi even changed its flag to match the order of colors in the RBG flag.

The flag and display of red, black and green has reemerged in modern movements that seek to promote equal

rights and freedoms of Black people in America and among other peoples of the African Diaspora.

The Long View of History

History and symbols often include controversial beginnings. When we consider the legacy of the Declaration of

Independence and its author, Thomas Jefferson, we face the paradox that the man who wrote the “self-evident”

truth that “all men are created equal” owned scores of enslaved Africans. The National Anthem of the United

States of America was written by a lawyer who, with his family, owned many slaves.

Marcus Garvey, founder of the UNIA, also faced his own controversies. While his views evolved, and he

expressed empathy for many oppressed minority groups, he is still considered a polarizing figure in African-

American Civil Rights activism. However, Garvey and the UNIA-ACL is often credited with laying the foundation

for Civil Rights movements, the Black Lives Matter movement, and other movements worldwide in the fight for

equal rights and freedoms of Black people across the African Diaspora.

Today, the red, black and green Pan-African flag represents more than its origins, and is celebrated as a symbol

of Black liberation in the United States. For people of African descent, the flag a feeling of unity and collective

During this Black History Month, we encourage all of Flossmoor to celebrate the bond of unity, self-worth, and

self-determination represented in the Red, Black and Green.